A Superior Spider-man, But an Inferior Parker

“Promise me you’ll keep them safe. Hm. That’s all I…ever…,” were Peter Parker’s last words as he died in the body of Dr. Otto Octavius. It’s an echoing statement that circles back to his failure to save his Uncle Ben—a lesson he learned when he failed to value the responsibility that came with power. More importantly, it circles back to what has made the character Marvel’s (and maybe the entire comic industry) most relatable, beloved character—the need to do more for those around him than himself.

That could explain the outcry from fans that ran into online photos of the ending to Amazing Spider-man #700 two weeks before its release and some of the death threats to writer Dan Slott that followed. That ending showed Otto Octavius, in the body of Peter Parker holding his own dying body with Parker stuck inside. As he was dying inside the body of his enemy, Peter managed to make Otto understand not only why he did the things he did as Spider-man, but made the villain decide to take a different path. Octavius would carry the burden and responsibility of being Spider-man. And Peter Parker, trapped in the body of a villain who almost destroyed the world died.

So where does that leave Spider-man now that Dr. Octopus is the man behind the web-swinging? Over in Ultimate Spider-man, Miles Morales has continued on the legacy in the same fashion as his predecessor —a young man simply trying to do the right thing. Otto however, is not of that breed. Certainly Peter Parker’s last words in Amazing Spider-man resonated with him so much that he realized that he himself could be better. But as he takes on a new batch of the Sinister Six, not only does he feel the need to speak of his superiority (a contrast from Parker’s quick quips) but he draws blood, much to the confusion of the new villains. Otto knows Peter held back his strength, but he has no intention of doing so. Starting from issue 1, no matter the promise he made to Peter, Octavius is still Octavius. He’s going to do things his way. And as he’s proven over the years, he is willing to take extreme measures. This is also Slott continuing what he attempted during the Spider-Island arc. What he attempted in was to show that Peter Parker, while being the everyman, was also special. An entire population of people with spider powers, but so few of them used those powers for anything resembling an altruistic purpose. And that’s what makes this new “Superior,” Spider-man interesting. Otto is not an altruistic person. He’s driven by his ego. He has always done things for his own benefit. How does he live up to his promise to keep the people in Peter’s life safe when all he’s ever known is how to live for himself?

One of those people makes an appearance in the first issue of Superior Spider-man. Mary-Jane’s character has had it rough over the years. Somewhere through the years she became the problem for writers trying to keep the massive amount of Spider-man books fresh (or at least their marriage was often to blame). Dan Slott has created a very likeable MJ though—and in the wake of One More Day, one who also has a bigger burden to carry. So when Otto and her sit down for a dinner, one can’t help but think about how far away from being a full-fledged villain he really is as he has no issue at all taking advantage of Peter’s relationship with the Mary Jane to sit down with a beautiful woman. There’s a very sinister smile as he’s on the phone with her that catches the eye like a bolt of lightning out on the ocean. There’s something dark inside of this man. I understand people’s qualms about the direction of Spider-man, but there are interesting dynamics going on whether it be with Mary-Jane, or even any of his co-workers at Horizon Labs or the new Sinister Six.

There’s also Dr. Octavius’ own legacy. To the world, he’s dead. He’s nothing more than a super villain with extraordinary potential who wasted it all in numerous failed attempts to control the world. As he begins his work at Horizon Labs it occurs to Otto that his latest batch of inventions will give merit to the genius of Peter Parker. It will be Peter Parker who will receive credit for the work he will do that will change the world—not Dr. Octavius. And there are an interesting set of inventions. As Max Modell, the boss at Horizon Labs points out to the former Dr. Octopus, his inventions could create serious harm in the world. Otto quickly lists all of the good they’re capable of. But, in conjunction with who Otto Octavius is, even after his speech and memory recall of Parker’s life in Amazing Spider-Man #700, he still has it in him to do what Dr. Octopus would do. I think that adds an interesting bit of characterization to be explored.

And then there’s the surprise cast member at the end of the book. There’s a voice forcing its will on Octavius. That voice inside of Otto that keeps him from killing is none other than Peter Parker.

I’d like to restate that Dan Slott received death threats because of this. On one hand, that’s completely insane and those who did so need to seriously look at their own lives and realize just how little they learned from the Peter Parker they loved so much as to threaten another man’s life. It does however echo the affect this character has had on people. His death meant something. As I read issue 700, knowing what the outcome would be, my heart beat at every failure of Parker in Otto’s body. And reading his final words I felt that it would be a good a time as any to yank the web-head off my pull list. Not because I was irate with the decision. I wasn’t necessarily happy. I felt I should drop the book though because there was finality in Peter dying. But I had to give Superior Spider-man a try if only. Dan Slott has proven to be a very good writer, especially in his handling of Parker after One More Day. There’s also a lot of complaining about how complacent comic books can become. It’s the reason Marvel touts an event every summer that will “Change the Status Quo”. Of course when they do something like this that actually has an impact on the direction of the book books get dropped and internet forums rumble with the battle cries of angry fanboys and girls.  This is Marvel though. The same guys who let Spider-Man reveal his identity to the world only to go through all types of hoops and shenanigans to erase that. And dead in the Marvel Universe?  Bucky didn’t stay dead. Magneto and Sabertooth have both had their heads cut off and their doing rather well for themselves. Amazing Spider-Man 2 will be out May 2, 2014 and if anyone thinks Peter Parker won’t make a return right around then…well pay a little more attention to marketing. For now though, if you stick around I think you’re going to find Dan Slott exploring why Peter Parker is so important .A man like Otto is going to prove that as Spiderman, Parker could have done so much more with his strength instead of holding back. He’s going to show had Otto been bitten, he would be a smarter, more fierce, more powerful, more feared Spider-man.  But, being a better Peter Parker? That will be the more interesting exploration. Peter was always been meant to represent the normal guy. He wasn’t a super-solider. He’s wasn’t a billionaire. He wasn’t a god. He had normal jobs and had to pay rent.  He was just a good person just trying to do good. In his death he represents what people should aspire to.  Otto may prove to be the more effective Spider-man. But he’s going to come up short in being Peter Parker. And while waiting for his eventual return, I think, especially in the hands of Dan Slott, that could make for an interesting story.

Who Are The New Dark Avengers? 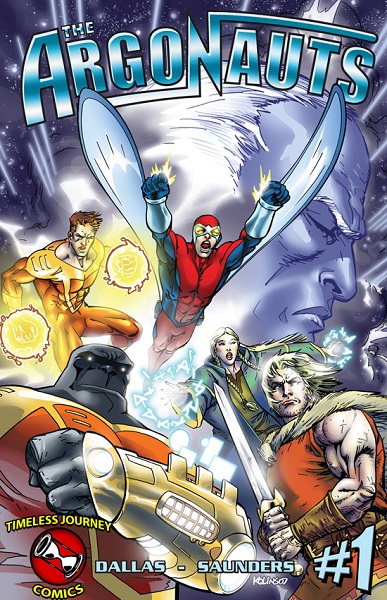